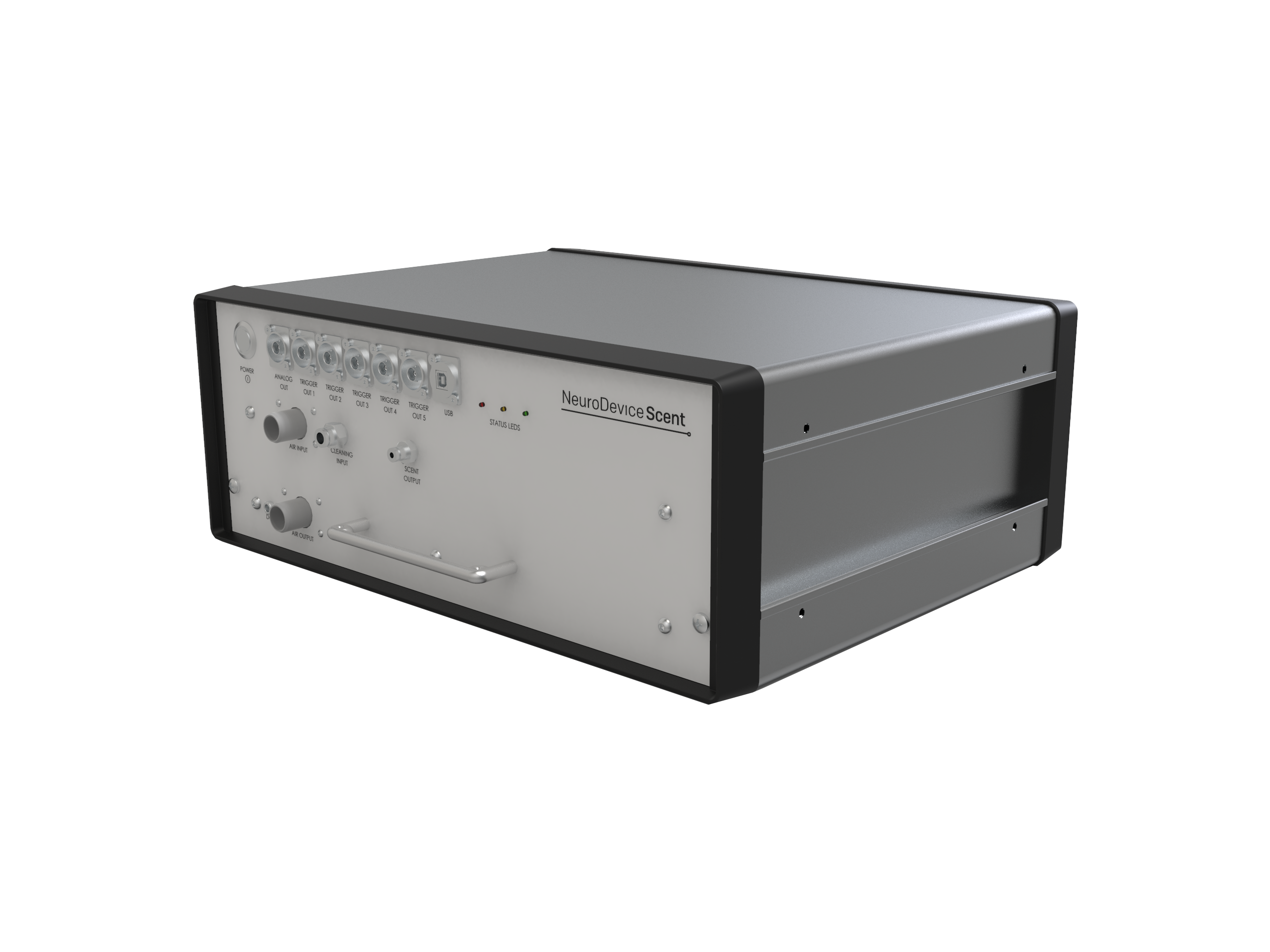 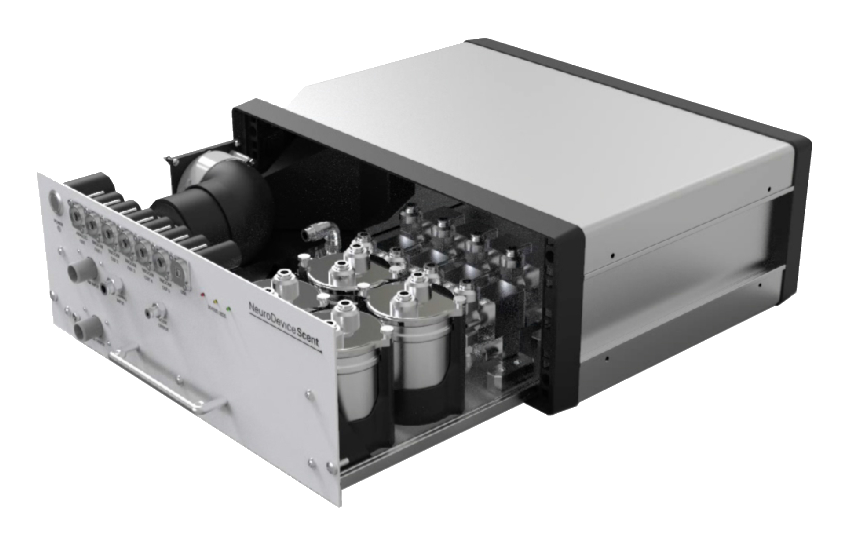 Scent is a system for the presentation of scent stimuli during sensory analysis and nervous system examination. The olfactometer is used in diagnostics, scientific and marketing research. It allows to measure the response of the human nervous system to odours (brain waves and chemosensory evoked potentials). The tests performed with the device can be a source of information for medical staff in the diagnosis of neuro-degenerative diseases (e.g. Alzheimer’s disease), which enables their detection, diagnosis, and rehabilitation to start much earlier. The device can work with most EEGs, psychophysiological systems and MR scanners up to 7T.
Project status: We have a ready-made prototype of the device in version 2.0 at our disposal. In cooperation with Oxford’s and King’s College’s scientists we currently working on clinical trial design “Olfactory functioning and electrophysiology as a potential biomarker for Alzheimer’s disease”. Patent granted. Due to intensive work on the development of version 2.0, it has been decided to stop selling the device in its first version.